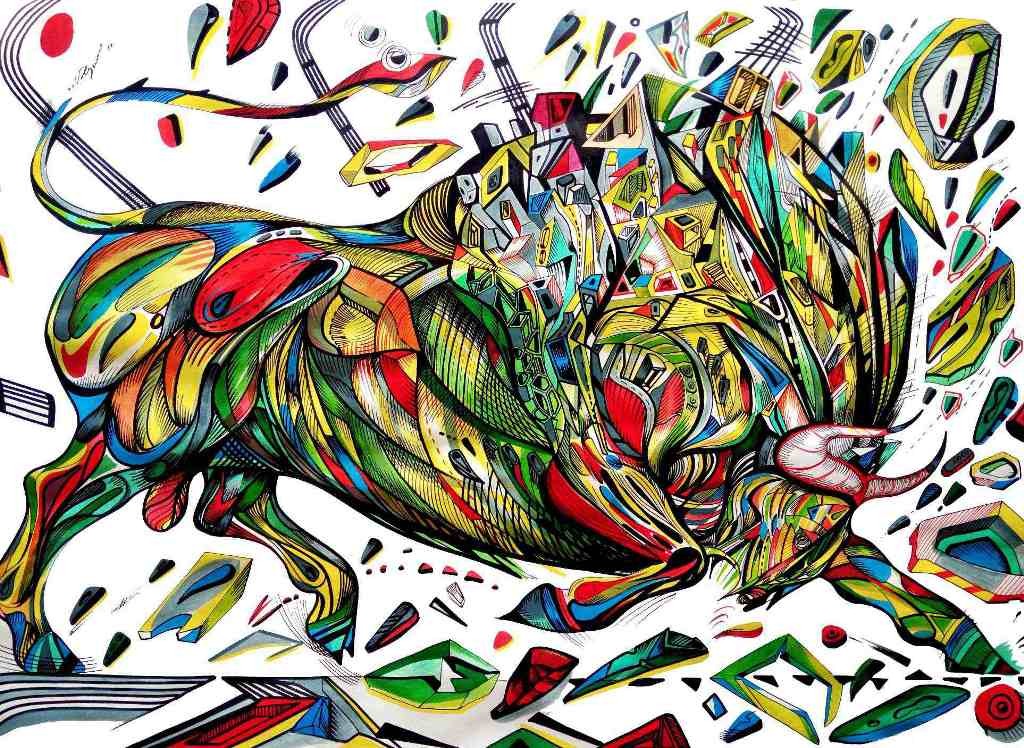 In this world that we mostly occupy, there is a conflict that exists between nature and people that expanded over the last two centuries.
From the human angle, it is a war to conquer, spiced with greed, wrapped in high awareness, from the nature point of view that is a question of survival.
The symbolic meaning of the bull paintings that I make is somehow in between.
On one side, the bull looks like a character out of the society’s appropriate dress code, or it could be the nature itself looking for a breakout from the cliche of this urban mega progress?
The hero is fighting for the cause greater than him, and I want you to see not only the animal but also a movement, feelings and step into the world that is not necessarily predictable.

The wild bull, which had roamed the plains of central Mesopotamia since time immemorial, was a massive creature standing over six feet tall at the shoulder. In literature and the visual arts, it was venerated as a symbol of supernatural strength and ferocity, often being likened to gods, kings, and heroes. Its broad curving horns inspired the horned headdress that all gods and goddesses wore to signify their divine status.